Robert Collins is an artist and creative technician based in Ireland, and is currently working as a PhD researcher in Contestable Design at the Umeå Institute of Design.

His work explores the inherent noise and saturation of information in contemporary society, through speculative objects and software.

He holds an MSc in Interactive Media, where he explored the creation of spaces for adversarial discussion and common ground.

He also facilitates artworks for new-media artists and produces ArtScience exhibitions across the world on behalf of Science Gallery International and others. 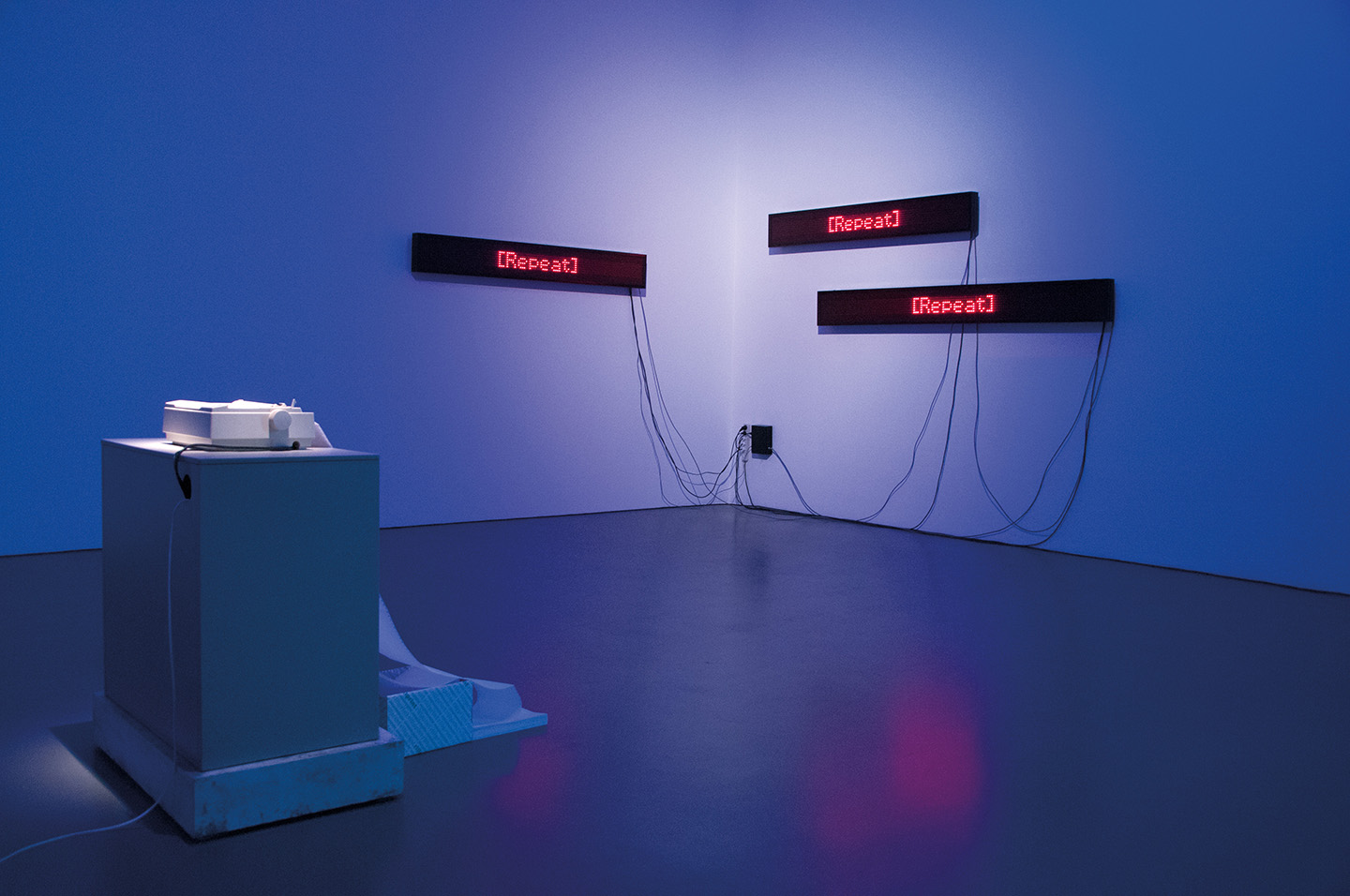 This exhibit was built for a concept by the artist Rana Hamadeh and commissioned by EVA International in 2014.

Using three large LED signs, I programmed a play, written by the artist, into a computer which then played the characters dialogue out on the signs.

Over 1200 lines of code and hours of testing went into producing this installation.

It showed at EVA 2014 and went on to show at numerous venues afterwards.